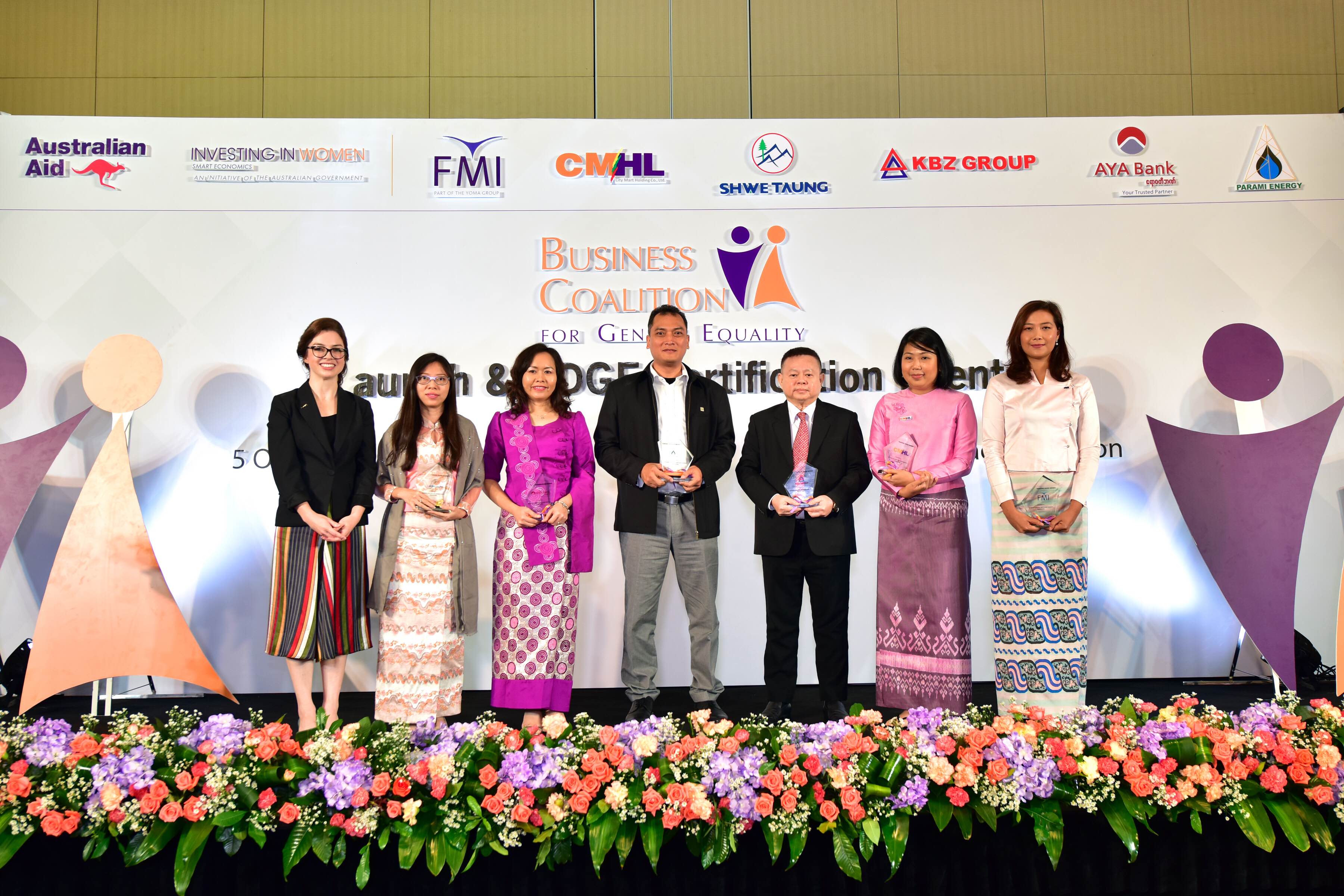 Yangon, 5 October 2018— The Ministry of Social Welfare, Relief and Resettlement and The Australian Embassy in Myanmar today launched a coalition of six businesses committed to gender equality in their own companies and in the country’s private sector.

It is the fourth business coalition supported by Investing in Women, an initiative of the Australian Government in South East Asia. The three others are in Indonesia, the Philippines, and Vietnam.

“We are encouraged by Australia’s support for gender equality in Myanmar”, said Daw San San Aye, Director General of Ministry of Social Welfare, Relief and Resettlement. “The government is committed to making progress on this area and support from the private sector through the BCGE will hopefully accelerate our efforts,” she added.

“All around the world, we see clear economic benefits in having more women join the labour force, earn the same as their male peers doing the same work, and get the same chances at promotion to leadership and management,” Ms. Anouska Charles, First Secretary, Australian Embassy in Myanmar said as she congratulated the companies.

“Australia, through Investing in Women, will continue to support the coalition as they work toward their goals,” she added.

During the launch at the Pan Pacific Hotel in Yangon, founding members City Mart Holding Company Limited, Pun Hlaing Siloam Hospital, and six business lines (Building Materials, Construction, Corporate Office & Padamya FM, Distribution, Infrastructure, and Real Estate) of the Shwe Taung Group were awarded EDGE Certification, a world-leading certification system for Gender Equality which is helping Myanmar companies to benchmark themselves in gender equality to workplaces around the world. Myanmar now has more EDGE certified companies that any other country in Asia.

“EDGE Certifications give these companies not only a competitive advantage but also a role as leaders in gender equality in the Myanmar business community”, BCGE Chair and FMI Executive Director Daw Zarchi Tin said. “Our goal is to help build the business case for gender equality in Myanmar by leading by example and learning from our collective experience”, she added.